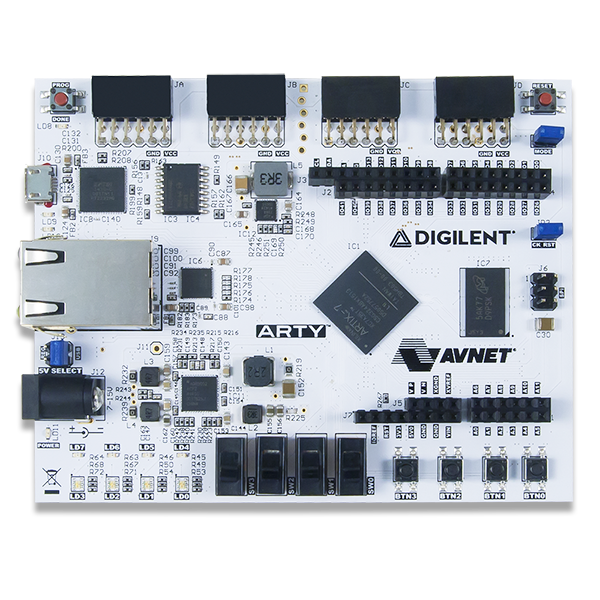 I created my first video tutorial!

I’ve had this Arty A7-35 around for a while, and discovered that ARM has released some Cortex-M3 core example implementations for this board. They’ve been out for a couple years, but they’re new to me. I documented the whole flow in a tutorial on my github as I worked through it, and then decided to try my hand at creating a video walk-through.

This video walks you through the basics of getting the Xilinx Vivado software running, programming the board with a pre-made image, unpacking and synthesizing the ARM Cortex-M3 model, compiling the example Cortex-M3 software, and then merging the memory image into your bitstream file.

For the next installment I want to walk through how to add an AXI peripheral using the IP Integrator/Block Design tool, add some custom RTL to the peripheral, and add a few lines of software to interface with it.

I learned a lot through the process of recording and editing this video that I can use to make the next one even better!

zerosquaredio.wordpress.com/
Technology, Security, and the Consumer